What's a Canine Fatty Lipoma, and Should You Be Concerned?

The rapid appearance of a lump on your body is something that should be checked out. It's not just your body either — when your dog experiences the sudden growth of a mass on their body, you need to schedule an appointment with local vet services. Such a growth might just turn out to be a fatty lipoma, which is a common complaint in dogs, particularly as they grow older. But is a fatty lipoma going to be dangerous for your pooch?

Although a lipoma can appear to be identical to a cancerous tumour, your vet can spot the subtle differences. A mere physical inspection of the growth won't be conclusive, so your vet may perform a test known as fine-needle aspiration. This involves a hollow needle being inserted into the centre of the mass, retrieving a tissue sample, which is then biopsied.

What happens when the existence of the fatty lipoma has been confirmed?

What generally happens next is absolutely nothing. This might sound a bit dismissive, but fatty lipomas look far worse than they actually are. There can be a sinister feeling with a growth such as this, but a lump doesn't automatically mean cancer. The lipoma is called fatty for a reason; it's a lump of dense, accumulated fat cells. For many dogs, no further intervention is needed.

Despite the fact that the lump itself isn't cancerous, it still requires ongoing monitoring. Your vet will probably perform regular fine-needle aspiration tests on your dog, but this won't happen frequently, and it will likely only need to take place yearly. This is to ensure that any changes to the lump on a cellular level can be identified. It's not probable, but your vet will need to be sure that the lump has not become malignant, with the lipoma also hosting a cancerous growth. This ongoing testing shouldn't be a cause for alarm and is just due diligence.

Even when the lipoma remains benign, this doesn't mean that it's entirely harmless. If the lipoma should expand, it can begin to affect your dog's health and mobility. A lipoma on your dog's chest can impede their cardiovascular functions as it applies pressure to your dog's heart and lungs. A lipoma on the side of their abdomen can hinder the movement of their legs. Surgery is one option to treat the problem, where the lipoma will be extracted. The cell mutation that caused the lipoma won't also be removed, and it can be that the lipoma will return in time, which might involve further treatment.

Yes, a lump needs to be checked out, but remember that the growth in question might be nothing more than a lump of fat.

Read in about 3 Minutes 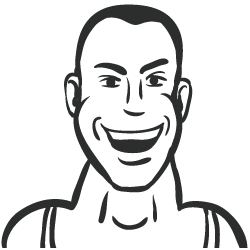 I found my cat when I left work one day. It was rainy, and there was a tiny kitten shivering under the rubbish bin. I knew I had to keep her. I picked her up and carried her home. She was a bit unhealthy when I met her, and that first time she went to the vet I spent most of my paycheque on getting her looked over and on lots of medicines. Bit by bit she got bigger and stronger and healthier. As we've gotten to now each other, she's become so loving. I still take her for regular checkups to make sure she stays healthy.